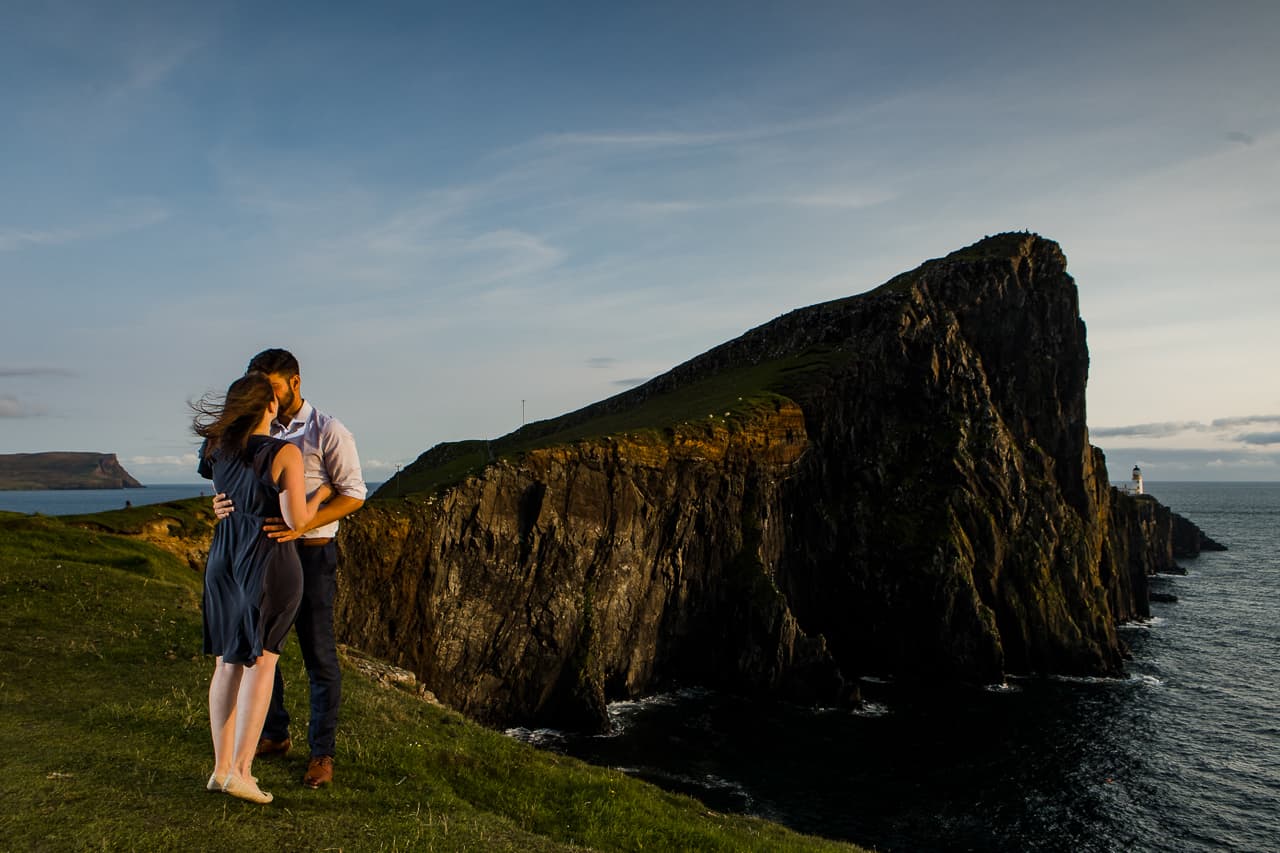 Proposal at Sunset, Isle of Skye

A few months ago, in the dying days of summer, I spent a glorious Friday evening hiding behind an ancient stone wall at Neist Point. I chatted to the mildly curious sheep who were munching their way up the steep slopes of the cliffs and broadcast live on IG stories in hushed tones, a la David Attenborough, that I was lying in wait to capture a proposal. It was, I said, not a bad way to spend a Friday evening.

Armin and Devon were on a long anticipated trip to Scotland from their home town Vancouver (one of my most favourite Canadian cities). Unbeknownest to Devon, Armin and I had been chatting on email for 6 months planning his dream of proposing to Devon at sunset at Neist Point.

The week before the proposal had seen us exchange of flurry of google maps, marked up treasure map style with crosses to mark the point where they should stand and where I would be hiding.

On the day of the proposal Armin and I texted all day updating on where we were on the island and how their day was progressing. Around 5 30 I arrived at Neist Point and scampered down the long steep steps with my camera gear to be in place well before they arrived at 6 45. It was a glorious evening with just the right amount of cloud cover to diffuse the low light. Having settled on just the right spot to frame their proposal I revelled in the evening, watching the light and colours richen as and the Outer Isles come into view in the west.